My last toxic relationship ended 4 years ago. However, I never realized how toxic it was until it was done.

I feel that is how it is when most toxic relationships end. It hurts a lot, because you were manipulated into feeling like you need this person and now they’re gone. However during the following months, you are slowly emerging from the fog and becoming you again.

When I went back into the dating world, I had no clue what a healthy relationship looked like. But, what I did know was the red flags that reminded me of my ex.

At first, I thought these were just “quirks” that reminded me of him until I realized how toxic these men were behaving. While I have been single for four years, I am in no rush to get into a relationship, especially if it isn’t healthy.

I was inspired to write this after I met a man earlier this month. While It only lasted a week, he managed to get into my head. However, I managed to trust my gut (and after a good chat with my mom) and ended it before it turned into another toxic relationship.

At first, I thought it was because I had been single for so long that I had become scared of commitment. But some relationship and mental health Tik Tok videos helped me realize that we just weren’t on the same page.

So, here are 5 red flags to watch out for when dating.

It’s common in the first weeks of dating that you ask a lot of questions and you find out about their past, their habits, and interest. This one is hard to pinpoint because the lies are pointless. These are things that wouldn’t matter, truth or otherwise.

For narcissists, they want to exaggerate their life to seem better to themselves and those around them.

Some examples would be when or how their last relationship ended, previous jobs, or other life experiences.

A particular phrase I am sure we are all aware of is, “Oh yeah, my ex was crazy!”

An example from my experience would be (this really happened), was my ex trying to convince me that he was a fallen angel. He even went as far as to threaten my life (via anonymous text), if I told anyone.

It just gains them more attention, negative or positive, which is all they want.

And although it may seem harmless, there is no reason to lie about something that is so small and meaningless. What else will they lie about?

Side note: Big lies are not better! Even if it’s for your “protection.”

How to Be a Happy Single Parent

This is another seemingly harmless one. I honestly think this is fine, maybe one time in the “talking” stage. Anything more than that, especially multiple times a week or daily is really unhealthy.

Basically, this person only likes to talk about themselves .Hardly will ask about you and if they do, will pull the focus back on themselves.

For example they talk about their favorite, shows, activities, music but never ask about yours. Maybe you share your interest as well but they don’t give feedback.

He never offered anything to the “experience,” but would ask me daily if I was happy or why I liked him, or what he brought to the table.

Both my ex, and “this guy,” became defensive whenever I would bring up them lacking in supplying what I needed from them (i.e. respect, love and attention – nothing too unreasonable).

This would often result in a pity party and manipulation.

Phrases such as, “Well I guess, I am not good enough for you,” or “Sorry, I’m not perfect like you.”

Essentially putting the blame on you for expecting too much and then you end up comforting them instead of getting your needs met. And even if at the end of the day, they promise to try harder, they hardly ever follow through. But, you don’t want to hurt their feelings so you don’t bring up anymore issues you may have.

Another side effect of this, is brushing arguments under the rug or turning the fault back onto you.

“Can we just get over this,” or “I wouldn’t have done this if you didn’t… (fill in the blank)”

If it is something that hurts you, you definitely need to talk about it. If you just brush it under the rug, the problem will keep showing in the relationship.

*Under no circumstance am I trying to blame my mental health on him. It is my responsibility to manage and control myself. My mental health is also not a reason to ever hurt or manipulate someone.*

However,  if you bring up an issue or trigger you have and you ask them to respect your boundaries but they don’t because it doesn’t fit into their schedule or life, that isn’t fair to you.

Another example of this would be if you need help finding something or fixing a problem that doesn’t affect them. Instead of helping, they put blame on you for doing something wrong or not doing something exactly the right way.

As Hannah Montana said, “Everyone makes mistakes, everyone has those days.”

Someone that truly cares about you will understand that your having a rough time and take time to be compassionate.

An example of this is asking them to not do something because you’re not comfortable and them doing it anyways. Using or touching your belongings without your permission.

His car never worked and I allowed him to use my car, but he took it upon himself to “modify” it without asking permission.

When I confronted him about it, he asked if I wanted him to stop. However, at that point I was so deep into his manipulation and he had a super sad face. I just didn’t want to make him feel like all of his “hard work,” had gone to waste.

You’re in a Toxic Relationship. Now What?

I hate to say this, but when you’re in a toxic relationship, it is too far gone, there is no coming back.

When I noticed that someone I was dating started to show these signs, I made sure to leave it alone.

You can tell within a month where the relationship is headed, and it is best to end it before it gets out of hand. Don’t get stuck trying to explain yourself to someone that doesn’t care or try to reason with them, which is when they manipulate you.

A toxic relationship is emotional abuse and can lead to physical abuse. If and when you leave, I strongly suggest therapy to help rebuild your confidence.

I know time are tough right now, so TalkSpace or Betterhelp are great places to start.

This site uses Akismet to reduce spam. Learn how your comment data is processed. 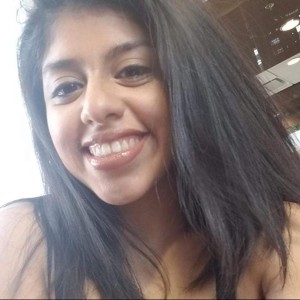 Hey! I'm a single mom of two little humans and two big dogs. When I'm not writing, I am cleaning a mess that I JUST picked up or TRYING to read. I'm here to show that you're not alone and give you tips to make this crazy life, a little bit easier.

Activities for the ‘Kid Free’ Mom

I recently got a journal as a gift from my

10 Things to do Daily to be Happy

Before we start, I am the queen of depression. I

Self-care After a Break-up

I’ve been single about 5 years now, but trust me